Lien Stripping: Not Permitted in Ch. 7 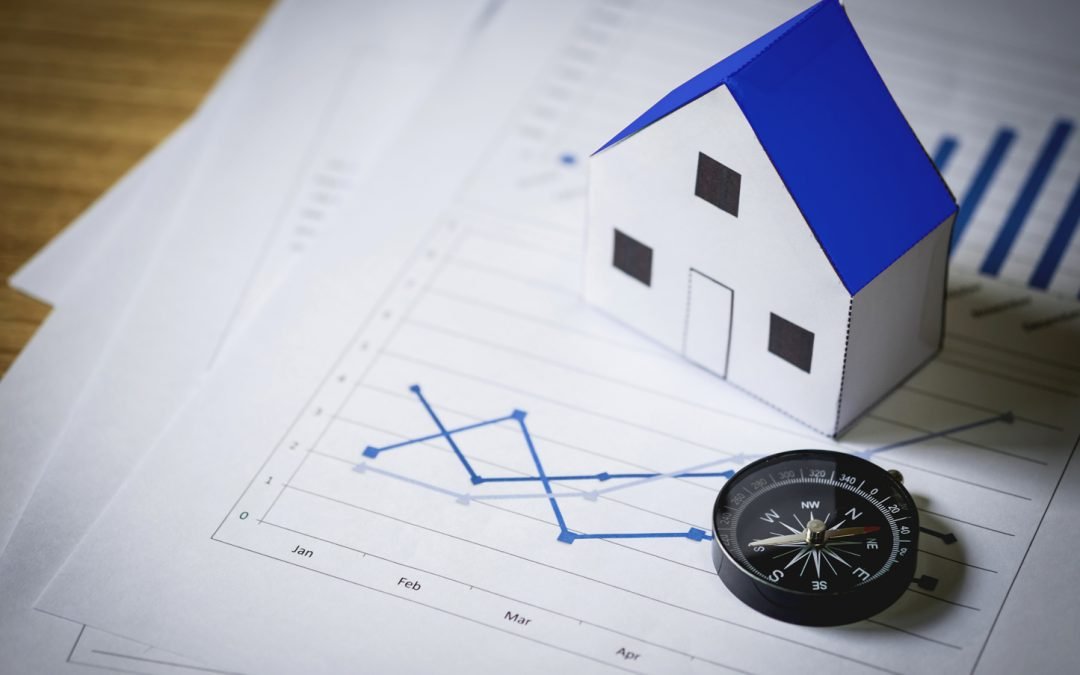 One of the axioms of bankruptcy is that a bankruptcy will discharge unsecured debt. Unsecured debt is that which is not backed up with some type of collateral.

A controversial question arose 30 years ago, which became more acute during the Great Recession (aka, the Financial Crash or the Housing Crash). That question has been, with regard to residential real estate, where the mortgage debt exceeds the fair market value of the property, may those mortgages be reduced to correspond to that fair market value? This proposition, of reducing or eliminating such debt in Chapter 7 bankruptcy, is referred to as “lien stripping.”

For example, if a home is worth $600,000, and the senior (first) mortgage is $400,000, and the junior (second) mortgage is also $400,000, then the first is fully secured. That is to say, if the house were sold, the property has enough value to fully pay off the first mortgage. However, with regard to the junior mortgage, the house is undersecured, because if the house were sold, it would yield only $600,000, meaning that $200,000 of the junior mortgage would go unpaid.

As another example, if the fair market value of the same home is $600,000, and the first mortgage is $800,000, then the first is undersecured by $200,000, but the second is unsecured, because a foreclosure sale of the home would yield nothing to the lender of that second mortgage.

So, the owner of such a home, should he or she file for Chapter 7 bankruptcy, might argue that the debt, for purposes of the proceedings, should be reduced (stripped) down to the fair market value of the home. Otherwise, the homeowner would argue, he or she is being penalized with a hopelessly “underwater” property.

Unfortunately, despite the logical appeal of this argument, the US Supreme Court rejected this approach, affirming decisions of the bankruptcy court and the US Court of Appeals. The reasoning appears to be, as long as the homeowner retains title, at least in Chapter 7 cases, the homeowner owes the full amount of all mortgage debts, regardless of property value.

Although this situation became acute in the Great Recession, the SCOTUS laid down the marker for its approach to these cases in the late 1980’s, long before the 2008 Financial Crash. The Dewsnups, a bankrupt debtor couple, sought to have the bankruptcy court reduce (“strip down”) the mortgage debt from the original loan value of $120,000, to their property’s fair market value of $39,000.

The US Supreme Court rejected this argument, based on Sec. 506 of the Bankruptcy Code:

“The practical effect of [the debtor’s] argument is to freeze the creditor’s secured interest at the judicially determined valuation. By this approach, the creditor would lose the benefit of any increase in the value of the property by the time of the foreclosure sale. The increase would accrue to the benefit of the debtor, a result some of the parties describe as a “windfall.”

Some District Courts and Courts of Appeal were not satisfied with this analysis. Particularly in light of the drop in home values during the Financial Crash, there were many properties whose value was far less than the outstanding mortgages. In fact thousands of people simply walked away from their properties, rather than pay mortgages that were far above the value of the homes they owned.

Naturally, the lending industry was keen to maintain the viability of Dewsnup. But in the Southeast, the US Circuit Court of Appeals for the 11th Circuit (Alabama, Georgia & Florida), pushed back on this disallowance of lien stripping in 2012, in a case in which the bankrupt debtor sought to fully strip an unsecured junior mortgage:

“To determine whether such an allowed — but wholly unsecured — claim is voidable, we must then look to section 506(d), which provides that “[t]o the extent that a lien secures a claim against a debtor that is not an allowed secured claim, such lien is void.” See 11 U.S.C. § 506(d).

“Under our prior panel precedent rule, a later panel may depart from an earlier panel’s decision only when the intervening Supreme Court decision is `clearly on point.’” Atl. Sounding Co., Inc. v. Townsend, 496 F.3d 1282, 1284 (11th Cir.2007). Because Dewsnup disallowed only a “strip down” of a partially secured mortgage lien and did not address a “strip off” of a wholly unsecured lien, it is not “clearly on point” with the facts in Folendore or with the facts at issue in this appeal.

“Although the Supreme Court’s reasoning in Dewsnup seems to reject the plain language analysis that we used in Folendore, “`[t]here is, of course, an important difference between the holding in a case and the reasoning that supports that holding.’” Atl. Sounding Co., Inc., 496 F.3d at 1284 (citing Crawford-El v. Britton, 523 U.S. 574, 118 S.Ct. 1584, 1590, 140 L.Ed.2d 759 (1998)). “[T]hat the reasoning of an intervening high court decision is at odds with that of our prior decision is no basis for a panel to depart from our prior decision.” Id. “As we have stated, `[o]bedience to a Supreme Court decision is one thing, extrapolating from its implications a holding on an issue that was not before that Court in order to upend settled circuit law is another thing.” Id. In fact, the Supreme Court — noting the ambiguities in the bankruptcy code and the “the difficulty of interpreting the statute in a single opinion that would apply to all possible fact situations” — limited its Dewsnup decision expressly to the precise issue raised by the facts of the case. 112 S.Ct. at 778.”

Although the 11th Circuit had valid reasons for its decision, the SCOTUS was not friendly to this trend of pushing back on Dewsnup. Eventually the issue came back before The Supreme Court. In 2015, the Supreme Court restated its Dewsnup ruling, in the context of property value severely affected by the Housing Crash. The Court would overrule the reasoning of the 11th Circuit:

“The Code suggests that [Bank of America’s] claims are not secured. Section 506(a)(1) provides that “[a]n allowed claim of a creditor secured by a lien on property . . . is a secured claim to the extent of the value of such creditor’s interest in . . . such property,” and “an unsecured claim to the extent that the value of such creditor’s interest . . . is less than the amount of such allowed claim.” (Emphasis added.) In other words, if the value of a creditor’s interest in the property is zero—as is the case here—his claim cannot be a “secured claim” within the meaning of §506(a). And given that these identical words are later used in the same section of the same Act—§506(d)—one would think this “presents a classic case for application of the normal rule of statutory construction that identical words used in different parts of the same act are intended to have the same meaning.” Desert Palace, Inc. v. Costa, 539 U. S. 90, 101 (2003) (internal quotation marks omitted). Under that straightforward reading of the statute, the debtors would be able to void the Bank’s claims.

“Unfortunately for the debtors, this Court has already adopted a construction of the term “secured claim” in §506(d) that forecloses this textual analysis. See Dewsnup v. Timm, 502 U. S. 410 (1992). In Dewsnup, the Court confronted a situation in which a Chapter 7 debtor wanted to “ ‘strip down’ ”—or reduce—a partially underwater lien under §506(d) to the value of the collateral. Id., at 412–413. Specifically, she sought, under §506(d), to reduce her debt of approximately $120,000 to the value of the collateral securing her debt at that time ($39,000). Id., at 413. Relying on the statutory definition of “ ‘allowed secured claim’ ” in §506(a), she contended that her creditors’ claim was “secured only to the extent of the judicially determined value of the real property on which the lien [wa]s fixed.” Id., at 414.

“The Court rejected her argument. Rather than apply the statutory definition of “secured claim” in §506(a), the Court reasoned that the term “secured” in §506(d) contained an ambiguity because the self-interested parties before it disagreed over the term’s meaning. Id., at 416, 420. Relying on policy considerations and its understanding of pre-Code practice, the Court concluded that if a claim “has been ‘allowed’ pursuant to §502 of the Code and is secured by a lien with recourse to the underlying collateral, it does not come within the scope of §506(d).” Id., at 415; see id., at 417–420. It therefore held that the debtor could not strip down the creditors’ lien to the value of the property under §506(d) “because [the creditors’] claim [wa]s secured by a lien and ha[d] been fully allowed pursuant to §502.” Id., at 417. In other words, Dewsnup defined the term “secured claim” in §506(d) to mean a claim supported by a security interest in property, regardless of whether the value of that property would be sufficient to cover the claim. Under this definition, §506(d)’s function is reduced to “voiding a lien whenever a claim secured by the lien itself has not been allowed.” Id., at 416.

“Dewsnup’s construction of “secured claim” resolves the question presented here. Dewsnup construed the term “secured claim” in §506(d) to include any claim “secured by a lien and . . . fully allowed pursuant to §502.” Id., at 417. Because the Bank’s claims here are both secured by liens and allowed under §502, they cannot be voided under the definition given to the term “allowed secured claim” by Dewsnup.”

There are signs that there is continued discontent with the Dewsnup construction. But for the moment, it remains the law. At this time, as housing values have continued to climb in the pandemic, those who own homes are apparently not in danger of losing the full value and being underwater, the way home owners were between 2008 and 2012.

However, we know that markets are volatile, and that business cycles are just that, and eventually, the Supreme Court will have to look again at whether consumers should be forced to pay back loans far in excess of their property’s value, when their disposable income has drastically decreased.

QUOTATIONS FROM COURT OPINIONS ARE PRESENTED AS PART OF COMMENTARY BY THE AUTHOR, AND THUS CONSTITUTE “FAIR USE” UNDER FEDERAL LAW.

THIS POST DOES NOT CONSTITUTE LEGAL ADVICE, AND READING IT DOES NOT CREATE AN ATTORNEY-CLIENT RELATIONSHIP. PLEASE CONSULT YOUR ATTORNEY IF ANY QUESTIONS!!